When I was founding what is now the Community College of Vermont, the Chair of our Board was a man named Alan Weiss. Alan was the superintendent of schools in Montpelier, Vermont, a great educator, and one of the shrewdest people I have ever met. He went on the serve many years in the Vermont Legislature before retiring about 10 years ago.

Our strategy for establishing the college was twofold: 1.) begin teaching students immediately and 2.) join the Vermont State College system (VSC). The VSC had been established by statute with a permissive clause that allowed for new members to be approved by vote of the Board and subsequent appropriations approval by the legislature. All we had to do was persuade the Board of Trustees.

This process took a variety of forms, including two study groups comprised of trustees and other higher Ed leaders who reviewed our activities and review and approval of our curriculum by the VSC President’s Council. It lasted almost three years.

When the day of the vote came, Alan and I attended the meeting, waiting patiently for our agenda item to come up. When it did, first he and then I made the case for the college, stressing the lack of access in rural Vermont, our low cost, and our community-based approach. Then the board members began to ask questions and I rose to address each and every one, sometimes before the Chancellor of the system had a chance to respond.

After about 30 minutes, with each board member having had a chance to ask at least one question, I prepared, once again, to rise and respond, when all of a sudden I felt Alan’s hand on my knee. I hesitated and, as the Chancellor responded, Alan whispered, “You don’t need to respond to every question. You have won the vote 5-2. Let the discussion wind down and avoid the possibility of saying something that weakens your position.” Alan was reading the room, listening to the tone of questions, and looking at body language. I was not. About 15 minutes later, the college was taken into the VSC system, pending an appropriation, on a 5-2 vote.

Since that day, I have not always succeeded in following Alan’s advice. But when I have, things have invariably gone better. Learning to listen and look for nuances in dynamic situations was a big lesson for me at 26. 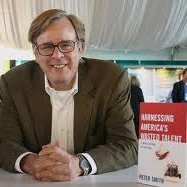